So, here’s my top 50 songs of the year. They’re ranked. Kinda. I mean, past my top 10 it’s just a meld of songs I like just as much as each other but on the day that I happened to make this list I was maybe feeling incrementally more inclined to certain tracks over others. I just don’t enjoy things as much nowadays. Is that because I’m getting old? 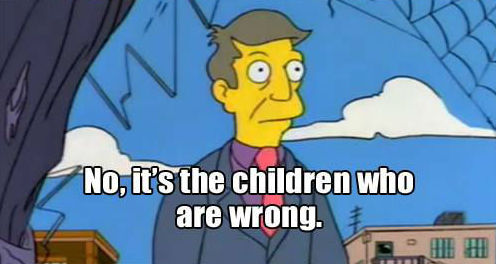 I don’t think there’s many surprises here. I didn’t really like the Bieber singles. That’s it though. Anyways, you can scroll through all my chatty guff to the end and just hit the Spotify playlist if you want.

1. SNAKEHIPS – ‘ALL MY FRIENDS’ feat. TINASHE & CHANCE THE RAPPER

The sound of a late twenties existential crisis, all the best songs should settle in your chest in some way and this one feels anguishingly good.

Oh, you want a radio hit, nxgga? Try this on for size! Trust Kanye to drop such an unplayable banger – he says the N-word 44 times.

Who knew what a blessing it would be when Abel Tesfaye got a lil’ taste of mainstream chart success when he featured on an Ariana Grande hit and decided he wanted more? This track runs up on Justin Timberlake and pulls that Michael Jackson’s successor rug clean out from under him.

An absolute monster of a pop song, the kind that only our Scandi friends can craft.

While brother Nick relies on the tried and tested marketing strategy of relentlessly taking his shirt off for the gays, Joe Jonas and his new band have kept it unexploitative with saturated colours, house party vibes and a genuinely brilliant first single. Pop confectionary, indeed.

In a year of cold, precise Max Martin (and Max Martin-esque) production ‘Sax’ is such a warm, rich, bold affair. A pure distillation of a pure popstar – brassy, immediate and infectious – just the way debut singles should be.

The most criminally underrated song of the year.

The most criminally underperforming song of the year.

The perfect companion to ‘All My Friends’, for everyone out there who can’t think of anything worse than being at a house party with people who only give a shit about themselves, but works allegorically for any and all situations where you have to be around self-serving dickheads for extended periods of time *insert strings of blush smile emojis*

Third best song ever to be written about the kind of self-love that isn’t endorsed by Dove.

The biggest surprise when this song surprise dropped was how phenomenally good it was. One Direction have a History (eh? eh?) of delivering excellent lead singles so it was nice for them to best themselves 5 years in and one member down.

Erik Hassle is easily the greatest solo male popstar we have right now, please let 2016 be his time to rise.

Fall Out Boy have always had a talent for catchy little pop punk anthems but ever since they went more pop than punk the music has just gotten better and better.

The late autumn release of Demi’s Confident album put paid to any hopes of anything long term, but we’ll always have ‘Cool For The Summer’.

Another banging Rihanna track that was totally unfairly maligned, is it any wonder she’s making you ungrateful heauxs wait for ANTI?

Many a pop fan’s song of the year, it’s not really the best track on Emotion even. Still a blinder though.

When you hear this in the club, you gonna turn this shit louder.

If you pretend this Suzanne Vega cover is the only thing Britney released this year, it’s been a real 10/10 year for all Britney fans.

If you squint, this song is a little bit menacing, but it’s also got such momentum, it sounds like galloping a horse across rolling hills and that’s sometimes really all you need.

Looks and sounds like the future, here’s to these two artists getting more mainstream recognition next year.

Almost all of this song is superfluous to the A+++ amazing “ohhhhhh, let your body talk” crash into the chorus, like who even remembers what else happens on the track? (Okay, the “la la la” bits are great too).

Painstakingly skirts pastiche and settles firmly into homage. A bombastic beginning to a new era.

An almost cinematic return to music from Adele. As in, playing over the closing credits of all your faves careers, bitches.

Yeah, yeah it sounds a bit like ‘Problem’. It’s still a bop though.

This traptastic half-English, half-Korean banger goes pretty hard for something that’s meant to be a soft introduction to born-superstar CL. Belt up for 2016.

The first new release of the year is still just as poignant and heartbreaking as it was 12 months ago.

This gorgeous tribute to Simone Battle is good for about one play only, because that’s pretty much all your emotions will be able to take.

Another fizzy pop song from one of the finest pop bands in the world, ‘Let The Night Fall’ is a cold glass of Prosecco on a hot summer’s day – kinda basic but still hits the spot.

Shame about the feature.

‘Lighters Up 2K15’ did (pleasantly) surprisingly well on the UK chart this year, but Fergie Ferg failed to follow up on it, which was wildly disappointing.

When your feels get set to music.

A whirlwind of a song, it’s like things are smashing all around you when you listen to it.

‘I Love It’ was such a behemoth hit that matching it has proven to be near impossible. Icona Pop still consistently deliver above average pop tunes like this one, it’s just a shame no one is really listening to them.

Not in the key of shit.

Toddler-faced chanteuse Selena Gomez puts her whisper vocals to good use on this sex jam.

It’s been a tough year for Rita Ora fans (thanks, Calvin!) but this wasn’t a bad little feature, plus it earned her an Empire cameo. Slay.

This fractious pop track does a salaciously decent job of translating the feeling of being turned all the way up to hot mess into a boppable tune.

Looks and sounds like a strawberry bonbon but is actually a filthy sex jam.

44. MISSY ELLIOTT – ‘WTF (WHERE THEY FROM)’ feat. PHARRELL WILLIAMS

After a few false starts, Missy finally made a full return to form on ‘WTF’, and the video is easily the best of the year.

A chill summer ode to not knowing where the fuck you stand with someone.

Dance music is what it is but at least this XY Constant track, with super babe Tom Aspaul on vocals, sounds like a beach party and not a shitty East London club night.

For a hot minute it felt like the solo comeback was over before it began but it seems everyone loves them some heartbroken Gwen. A lovely sad song but not as good as last year’s ‘Baby Don’t Lie’.

A good song made even more good by Kelly Clarkson.

Growing up, moving on, leaving childhood behind has been a recurrent theme in pop this year – like an extended metaphoric tribute to Toy Story 3 – but if you are of a certain encroaching-on-thirty age, all these songs will resonate. This is a good one.

This site uses Akismet to reduce spam. Learn how your comment data is processed.